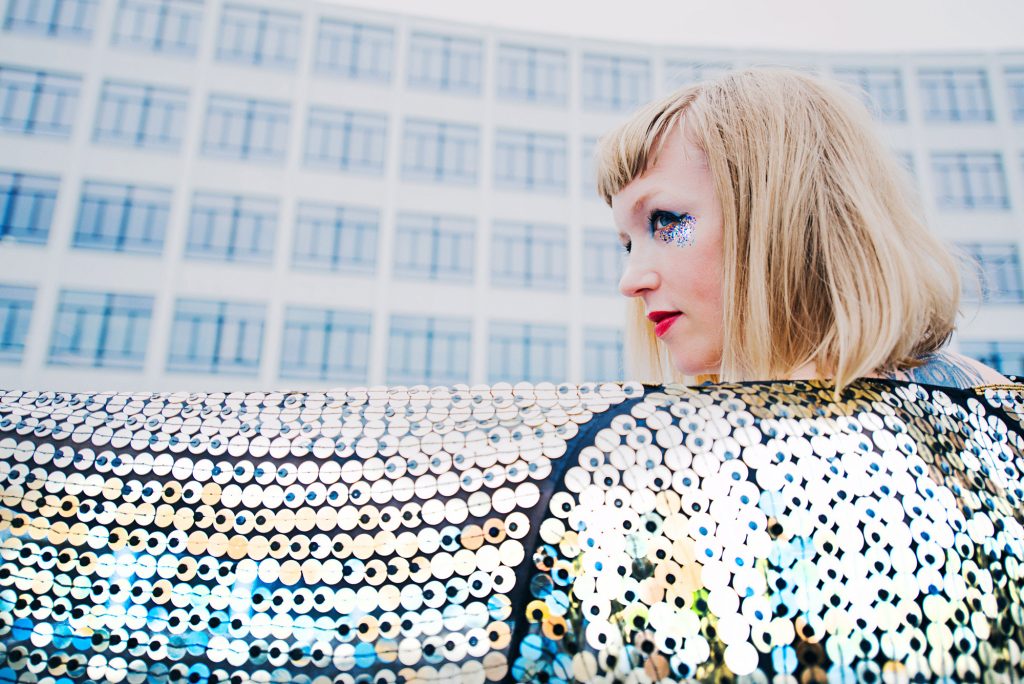 She Makes War is the solo project of Bristol based multi-instrumentalist producer and visual artist Laura Kidd. Blending urgent indie rock with melancholy torch songs, her latest album “Brace For Impact” was released on 5th October 2018 via My Big Sister Recordings and reached #15 in the Official Independent Album Chart.

“Why just sing songs, when you can build worlds?” – The Quietus

“A pioneering revelation that will blow you away” – DIY

“It’s brash, unapologetic rock and I love it”

“twists of humour and a measure of hope…propulsive, darkly beautiful”

"A pioneering revelation that will blow you away"

“Why just sing songs, when you can build worlds?”

“There's no hiding from She Makes War”

[Brace For Impact is] “an inspirational, motivating and sonically stunning record”

"One of the South West’s most cherished songwriters"

“A modern musical Boudica who sings these dreamy, heartfelt songs that envelop you with their raw beauty and textural melodies”

“‘Little Battles' is a triumph of gorgeous melodies, slashy guitars and processed beats"