Blog : WAR IS OVER 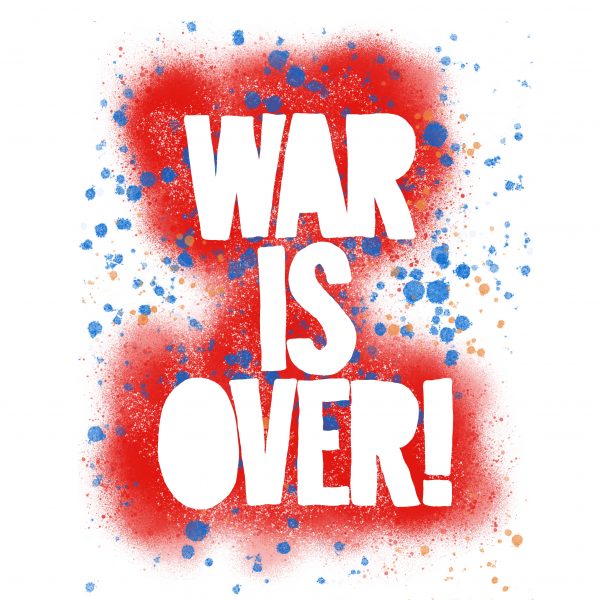 She came, She saw, She conquered, and now She is moving on. As of the end of 2019, She Makes War will be no more. I’m breaking up with myself, forging onwards and leaving this well-worn music making moniker behind.

Short version: the upcoming 26 shows with Skating Polly and Robin Ince will be the last under the SMW name, and I’ll be launching my new record as a new project next year. It still sounds completely like me I promise. Please join my thriving online community by signing up to the mailing list – you’ll get 5 free SMW songs and 25% off all music and merch in return. Full gig info and ticket links are here. Thank you for your support!

Long version: Dreamed up by an angry, alienated 23 year old, masking her pain and loneliness with sarcasm and fighting talk, the pacifist, feminist concepts around the She Makes War name thematically fuelled my first two albums “Disarm” (2010) and “Little Battles” (2012), but the more I toured and released music, communicating with a growing army of ardent supporters, the more inappropriate it started to feel. I was no longer alone; putting my heart and soul into sharing music with those who wanted to listen introduced me to most of the key figures in my life, led me to move city 7 years ago, gave me a deep connection to thousands of open hearted people around the globe, brought invitations to share stages with my heroes and started to financially fuel the making of new music NOT TO MENTION you lovely lot put “Brace For Impact” into the real life Official Albums Chart last October!

Every time I start making a record, I ask myself a simple question: “What would this album sound like if it was my first?” I have never made music based on what I thought a SMW fan would want, and I know that’s been appreciated by my audience 1) because they’ve emailed me to say so and 2) because more than 1100 of you trusted and supported me so completely that you pre-ordered my latest album “Brace For Impact” without having heard a single note. Thank you!

In February I started writing my fifth album from scratch, and started asking myself a lot of difficult questions. What was I trying to say? Why was I trying to say it? How could I say it best? Kicking off with an exciting germ of a strong idea gave me a powerful starting point for making new music, but over the subsequent months of soul searching, reading, writing, drawing and thinking, the songs took me to an entirely different place and started effecting positive change in my physical and emotional life, my relationships and my hopes and dreams for my artistic future. In a really organic way, they led me to decide to grab this opportunity to travel onwards under a new musical sobriquet.

I’ve been told many times you love that you don’t know what my next song is going to sound like. I love that, too! As an entirely self-energising independent artist there’s no use in wasting time on art I don’t 100% believe in, and I’m thankful in the knowledge my audience are only interested in hearing the truth from me.

The album I’ve been working on all year (funded by my Supersub Club) is nearing completion, and I’m proud to say it’s my best work to date. I’m dead excited to release new music in 2020, and I hope you’ll stick with me as I start sharing work under my new name (yes, it’s a secret, and no, I’m not going to tell you what it is yet!). I’ll still always be me, Laura, a curious mix of melancholy and humour, anger and romance, light and dark, and I promise to keep putting out the most honest, thoughtful and brave music I have inside me long into the future.

I’m not going anywhere, though I will be taking a major break from live performance after this last run of dates. I’m really very tired, physically and emotionally, but am looking forward to spending time with some of you on the road in Germany, France and the UK in October and November. See below for the full list of dates, and find ticket links at http://shemakeswar.com/gigs – London people, The Lexington is very close to selling out so please hurry!

And so, the LAST EVER She Makes War gigs are as follows – it really would be wonderful to share an evening with you celebrating the music I’ve made over the last decade before I take a significant live leave of absence.

If you enjoyed this blog post, please grab 5 free songs here! and join my friendly online community to hear the news about my musical activities first.

Want to listen to more of my music? My latest album “Brace For Impact” is available here in all formats and I have a back catalogue to explore here.

My Supersub Club launched in March 2019 and welcomes you behind the scenes as I make new music. Join us!

Why not come to a gig some time? The last run of She Makes War gigs are taking me around Germany, France and the UK in October and November 2019.

Thanks for supporting me!